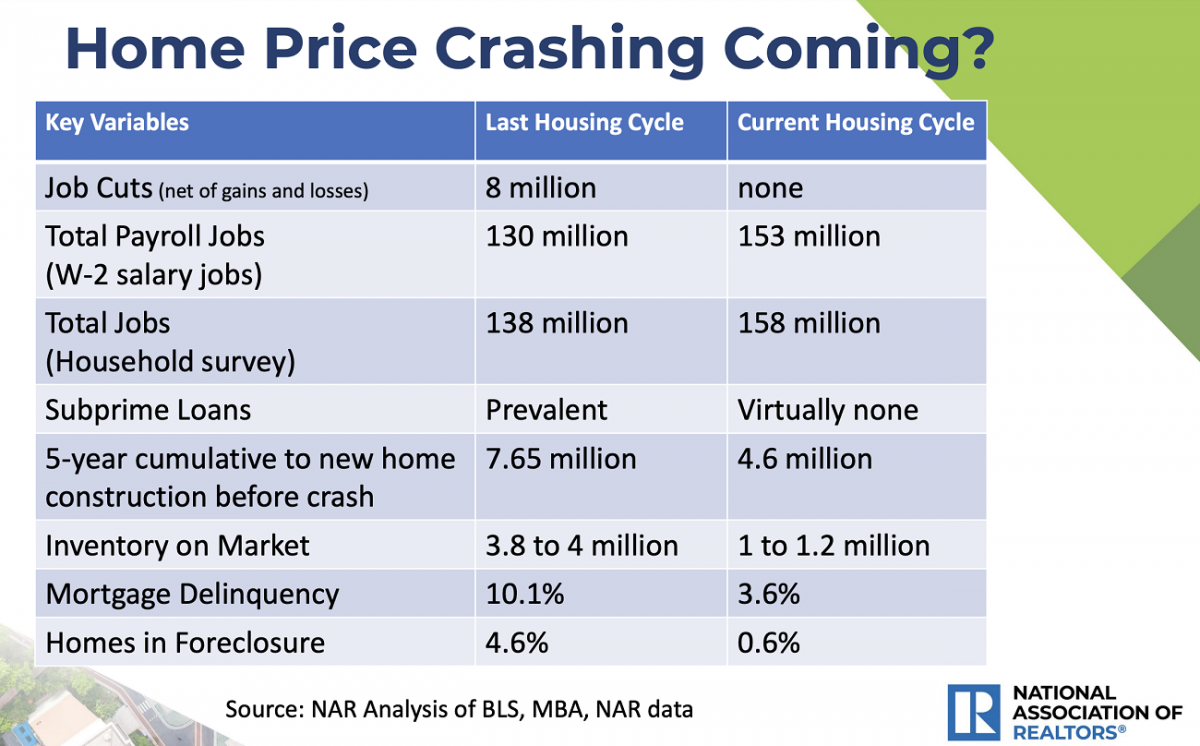 National Association of Realtors Chief Economist Lawrence Yun draws the distinctions between today’s real estate market and that of more than a decade ago.

Yun offered assurance that current dynamics are nothing like during the Great Recession. He pointed to several key indicators of how this market differs.